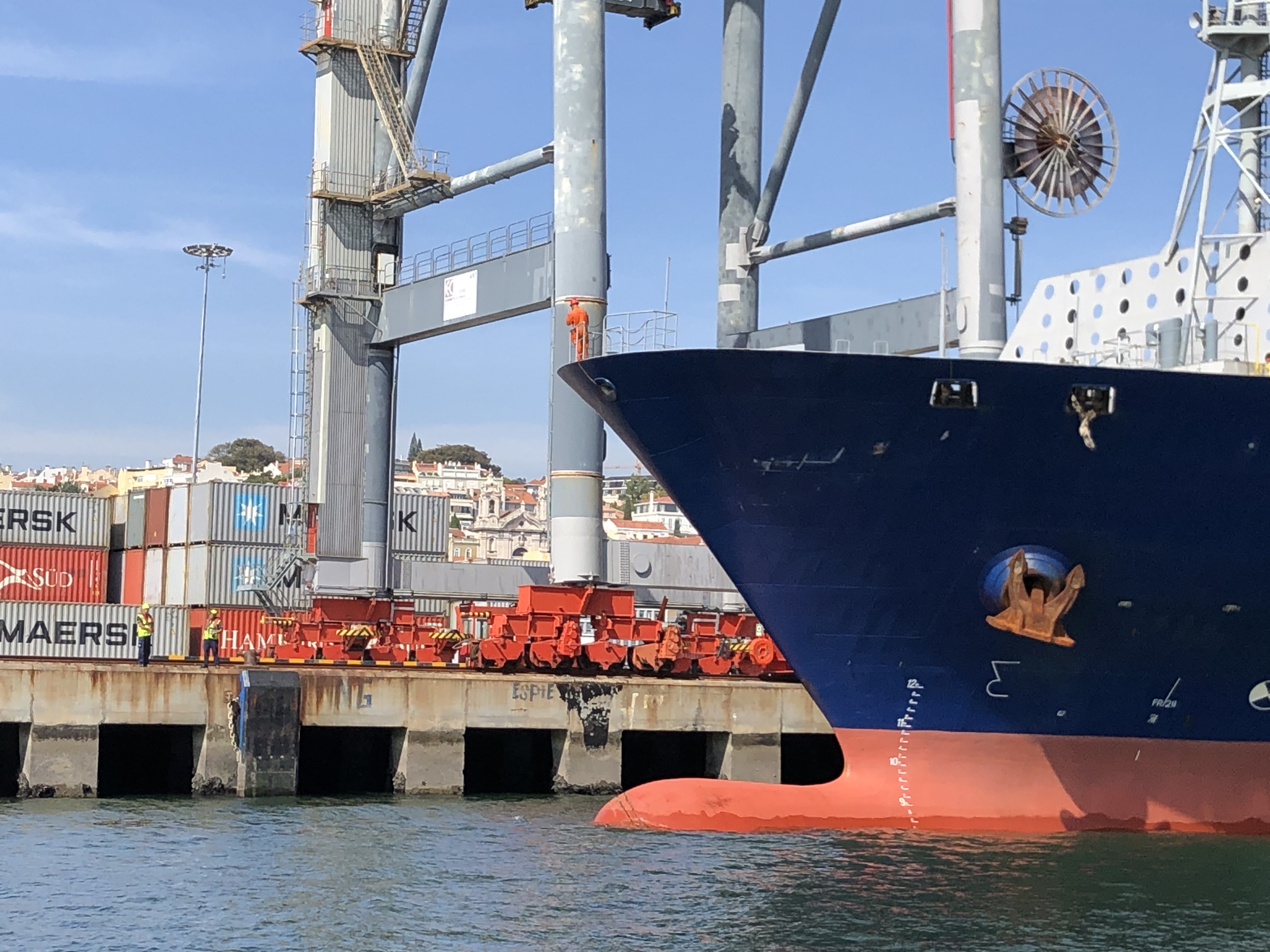 With the exception of some port terminals that choose to guarantee this service to the ship, in Lisbon the activity is carried out by licensed companies, whose licensing and operating conditions comply with specific port regulations. See Tariffs and Regulation - Services to vessels for rules and tariffs of the different licensed companies.

Requests for docking and mooring service must be made via JUP (PSW-Port Single Window) and coordinated with the Port Authority.

Access to shipping agent the activity and its exercise are defined by Decree-Law 264/2012 of 20 December.

Shipping agents are legal persons who, on behalf of the shipowner or the maritime carrier, deal with all formalities related to ships’ call and their cargoes with different authorities of the port of call.

Access to the activity of shipping agent requires both registration in IMT, I.P. (Institute for Mobility and Transport, Public Institute) and, subsequently, in each Port Authority and Maritime Customs in the port where it intends to operate. For further information please contact tpl@portodelisboa.pt

A full information list about shipping agents registered in port of Lisbon is being developed and will be available shortly. Until then, in the following list you will find the agencies names and their contacts.

Water supply to ships in the port of Lisbon is ensured at the quayside or offshore under the following conditions:

In addition to the port authority, other official authorities are also active in the port, namely those operating in the dispatch of ships and goods, the circulation of people and commodities and both in safety and environmental control. 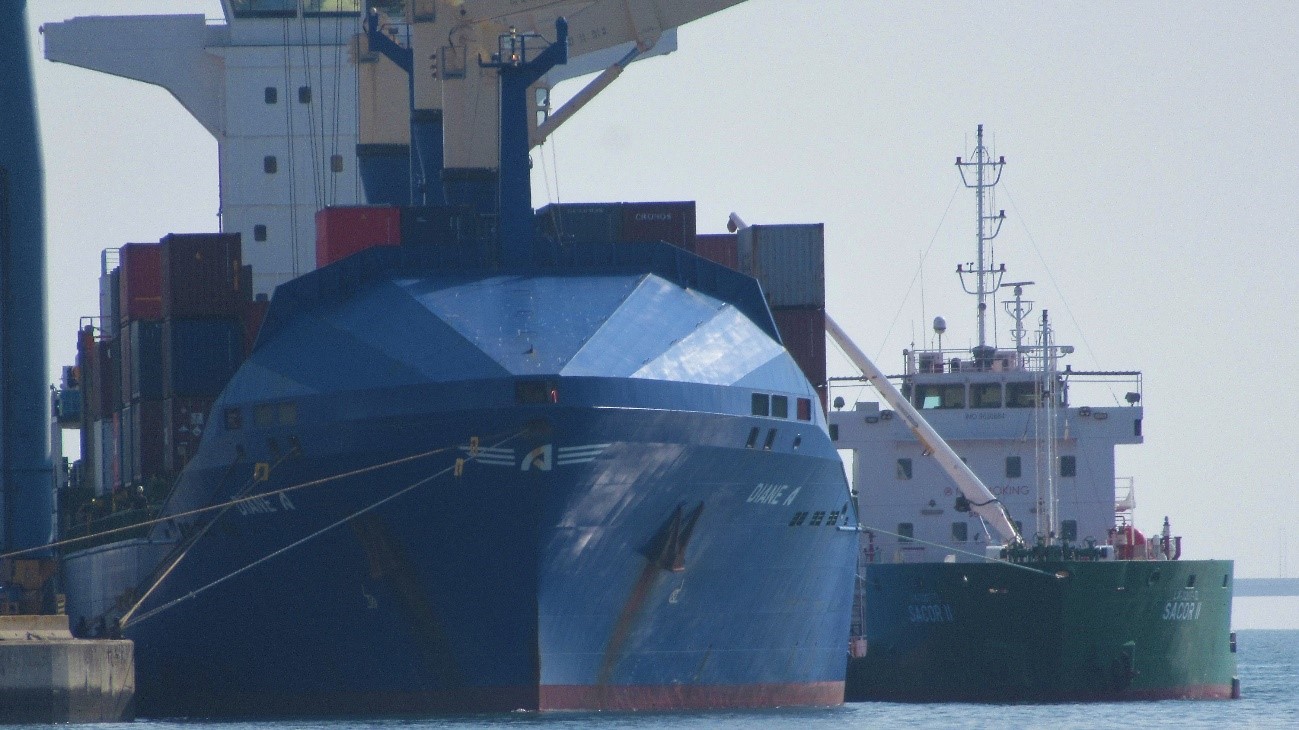 Supplying fuel and lubricant solutions in Lisbon are diverse, comprehensive throughout the port and adapted to the needs of ships.

Supplies can be made by barge, road-tanker or to the quay in a dedicated terminal.

Due to its geographical position and natural characteristics, the Port of Lisbon also has unique conditions for supplying ships en route, a service called bunkers only in Lisbon.

Being considered a strategic investment, this service has reduced tariffs for port use and pilotage for ships. Additional information can be found in APL, SA's (Port Authority’s) Tariff Regulations.

Those operations comply with specific port regulations and require prior authorization to be addressed via JUP (PSW-Port Single Window), or by email by means of the appropriate form for vessels which is not included on this platform. See Tariffs and Regulations - Services to vessels - Fuels and lubricants for norms and form.

Such activity does not require port licensing in Lisbon, and those supply companies duly authorised by the competent bodies for the transport of the type of fuel products to be supplied to vessels may operate and have personnel duly qualified to manoeuvring and operate the equipment used.

The operators mentioned have port facilities for ship supplies in Lisbon.

With support from the Naval Assistance Station of the Port of Lisbon, Galp ensures the supply of ships with barge, road tanker and also by pipeline in Lisbon.
Galp provides the unique service of supplying the ship en route - bunkers only in Lisbon. Email: bunkers@galp.com

According to the ship's needs and subject to availability, APL,S.A. (the Port Authority) may ensure the supply of the equipment listed below, in compliance with the conditions established in Chapter VI of the APL’s Tariff Regulations and by request submitted by the ship or shipping agent: 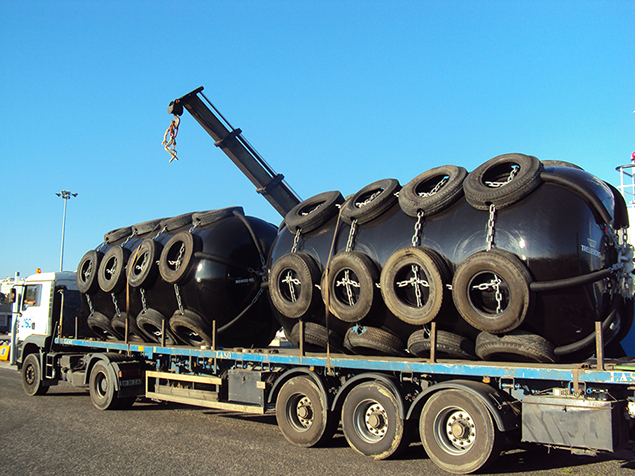 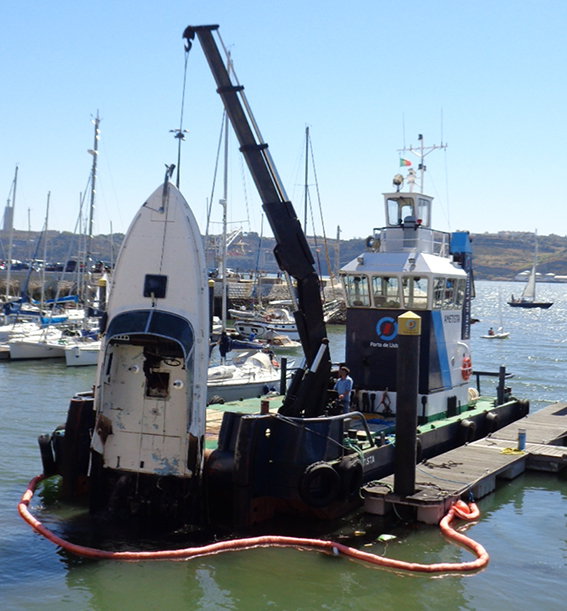 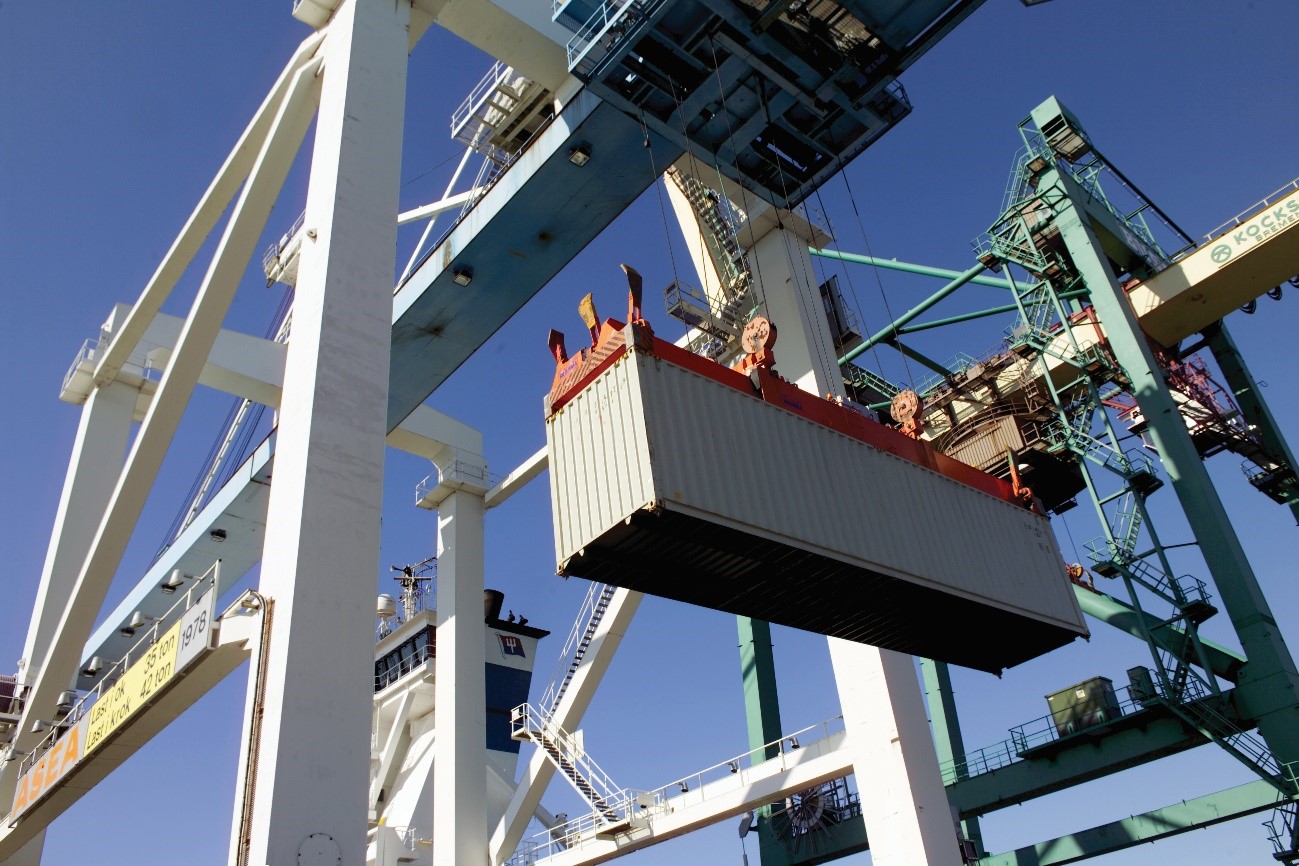 The port cargo handling operation in public port terminals is carried out by stevedoring companies licensed and supervised by the port authorities.

There are also port labour companies, the activity of which is the provision of port labour to stevedoring companies, being licensed and supervised by IMT, I.P. (Institute for Mobility and Transport, Public Institute). 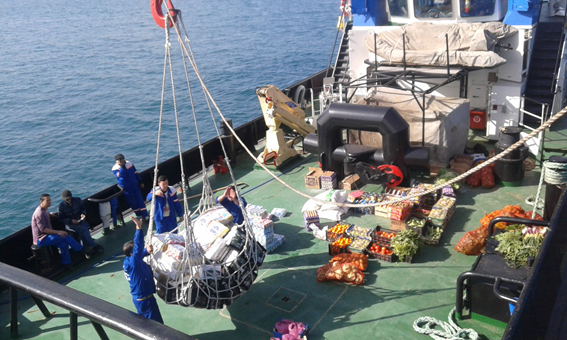 Supplying ships with provisions, equipment and other onboard supplies, known in the maritime scope as Ship Chandling, does not require port licensing in Lisbon. Nonetheless, access to terminals and ships requires a request for access to be submitted via JUP (PSW-Port Single Window) by the ship or its shipping agent.

Further information about this activity and contact details of Ship Chandlers operating in Lisbon can be provided by the Portuguese Ship Chandlers Association (Associação Portuguesa de Fornecedores a Navios). 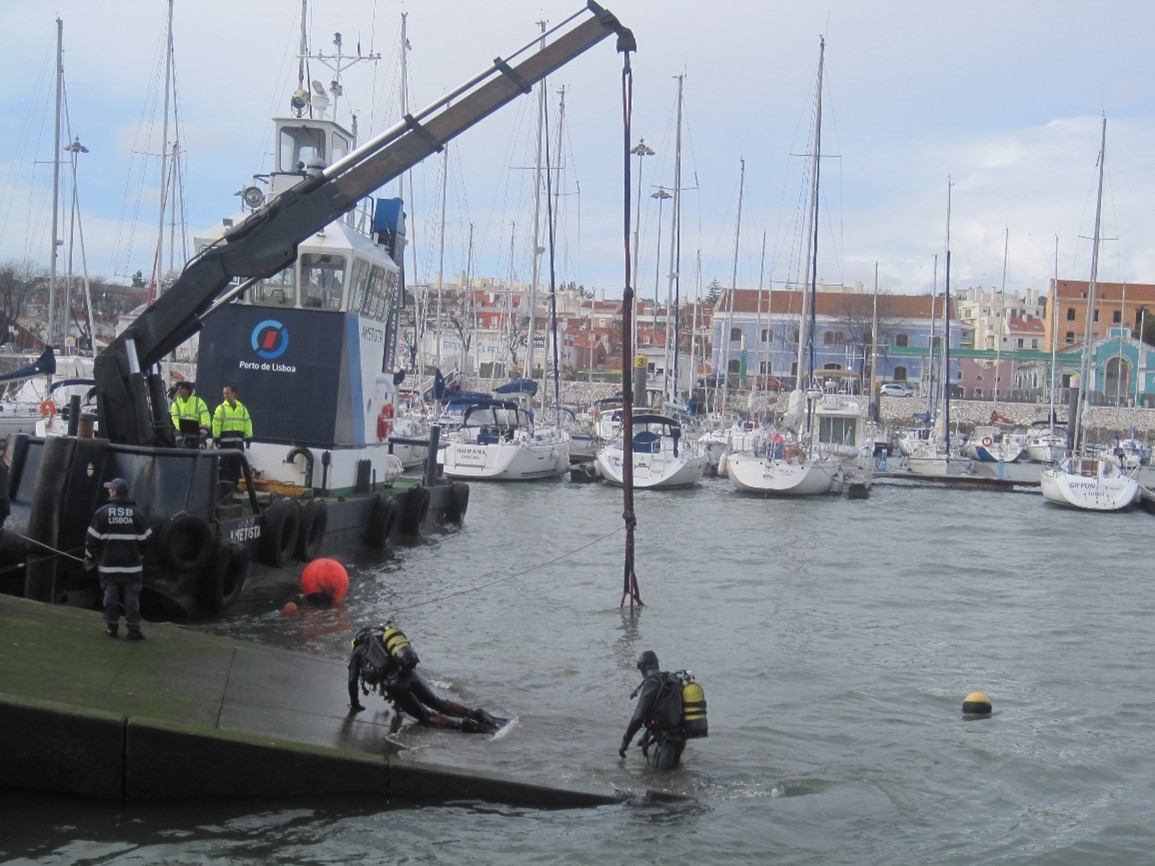 Professional diving to provide services to ships is allowed in the Port of Lisbon, as long as the the service provider is duly certified
by DGAM-Direcção-Geral da Autoridade Marítima Nacional. (DGAM-Directorate-General of the National Maritime Authority)

Maritime expertise service may be carried out at the Port of Lisbon by specialised companies.

The Department of Pilotage develops the activity of Pilotage as a public service, which consists of technical assistance to the Captains of vessels in the navigation movements and manoeuvres in waters under national sovereignty and jurisdiction, in order to carry them out in safe conditions 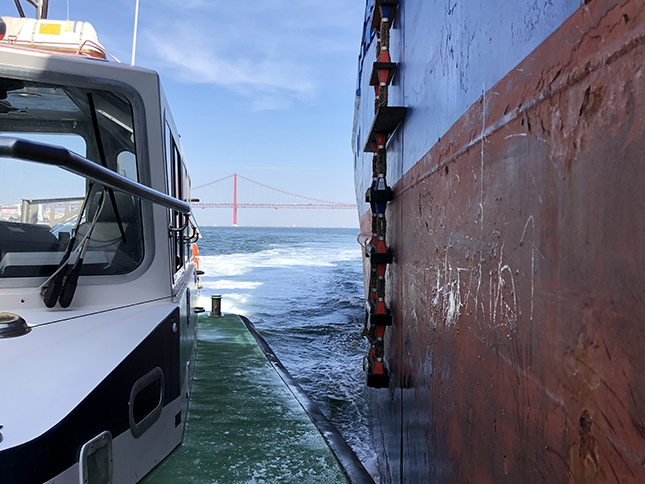 It is a service performed by piloting professionals of ports and bars, designated as Pilots, duly qualified and certified, with experience in driving and manoeuvring vessels in restricted waters and with knowledge of local physical characteristics and the applicable legal and regulatory provisions. 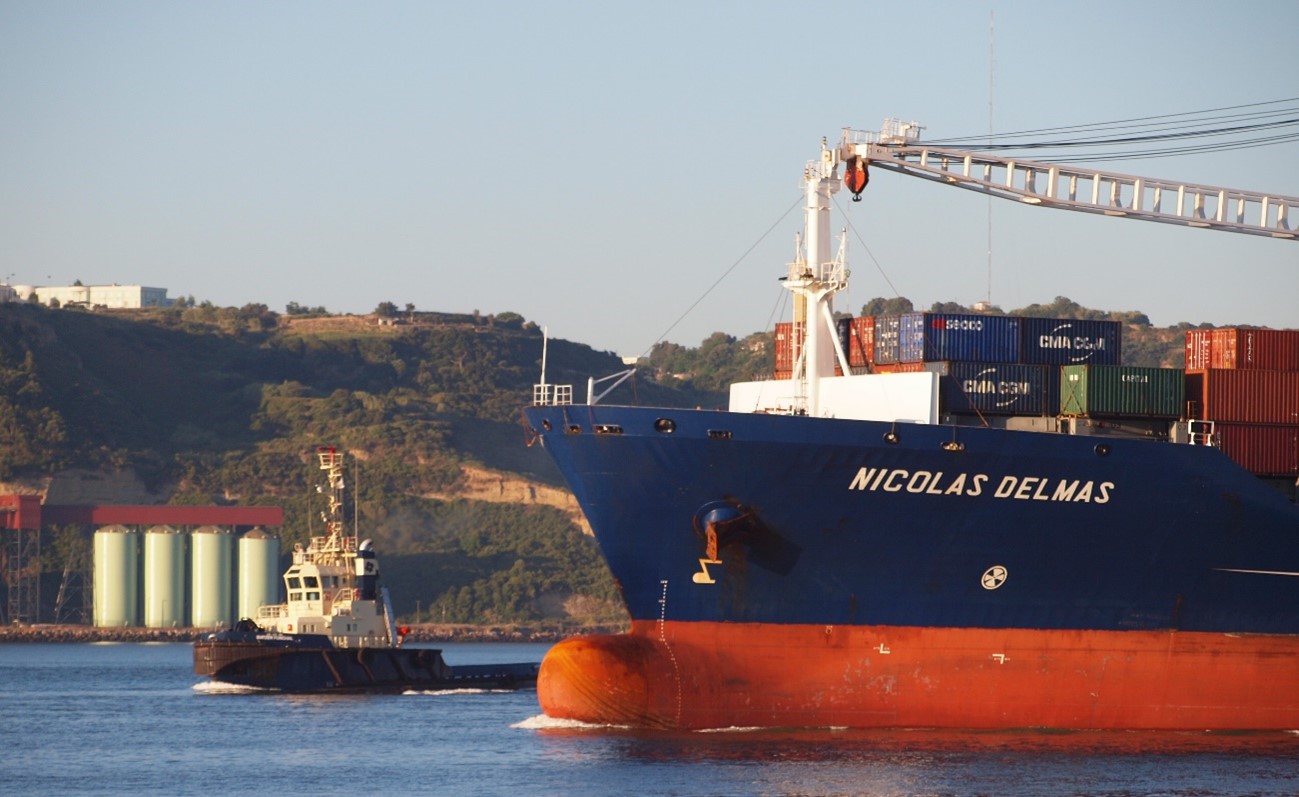 The public towage service to vessels and ships at the Port of Lisbon is essential for the safe berthing of cargo ships at the quay or at anchorage, as well as to ensure support to the Port Authority and other competent bodies in the prevention of accidents and both emergency and safety situations at the port.

Towage activity in the Port of Lisbon is carried out through licensing, under the terms of Decree-Law 75/2001 of 27 February and the specific port regulations, by the companies listed below.
Regulations and tariffs applied by the different companies can be found at Tariffs and Regulations - Services to vessels - Tugs.

Towage services must be requested via JUP (PSW) and coordinated with the Port Authority.

National ships and vessels, with the exception of those belonging to the Navy, are mandatorily subject to registration of ownership, abbreviated to registration, so that they can carry out the activity that determines their classification.

Classification of vessels as to their intended activity, vessels of the national navy, including those of the State not belonging to the Navy, to internal security forces and services and to other State bodies with maritime surveillance powers, in accordance with the activities for which they are intended, are classified as set out bellow:

The vessels referred to in (a), (b), (d) and (f) constitute the merchant navy and are called merchant vessels.

Merchant vessels are also subject to compulsory commercial registration under the legislation in force.

Which entity is competent to register a vessel?

The registration of national ships and vessels is carried out at the maritime offices, while commercial vessels can be registered in the bodies indicated in the legislation in force and in those that, in mainland Portugal and in the autonomous regions of the Azores and Madeira, will be established by Government Order.

In the case of new acquisitions or new constructions, the maritime office indicated in the respective authorization issued by the Maritime Administration is responsible for registration. 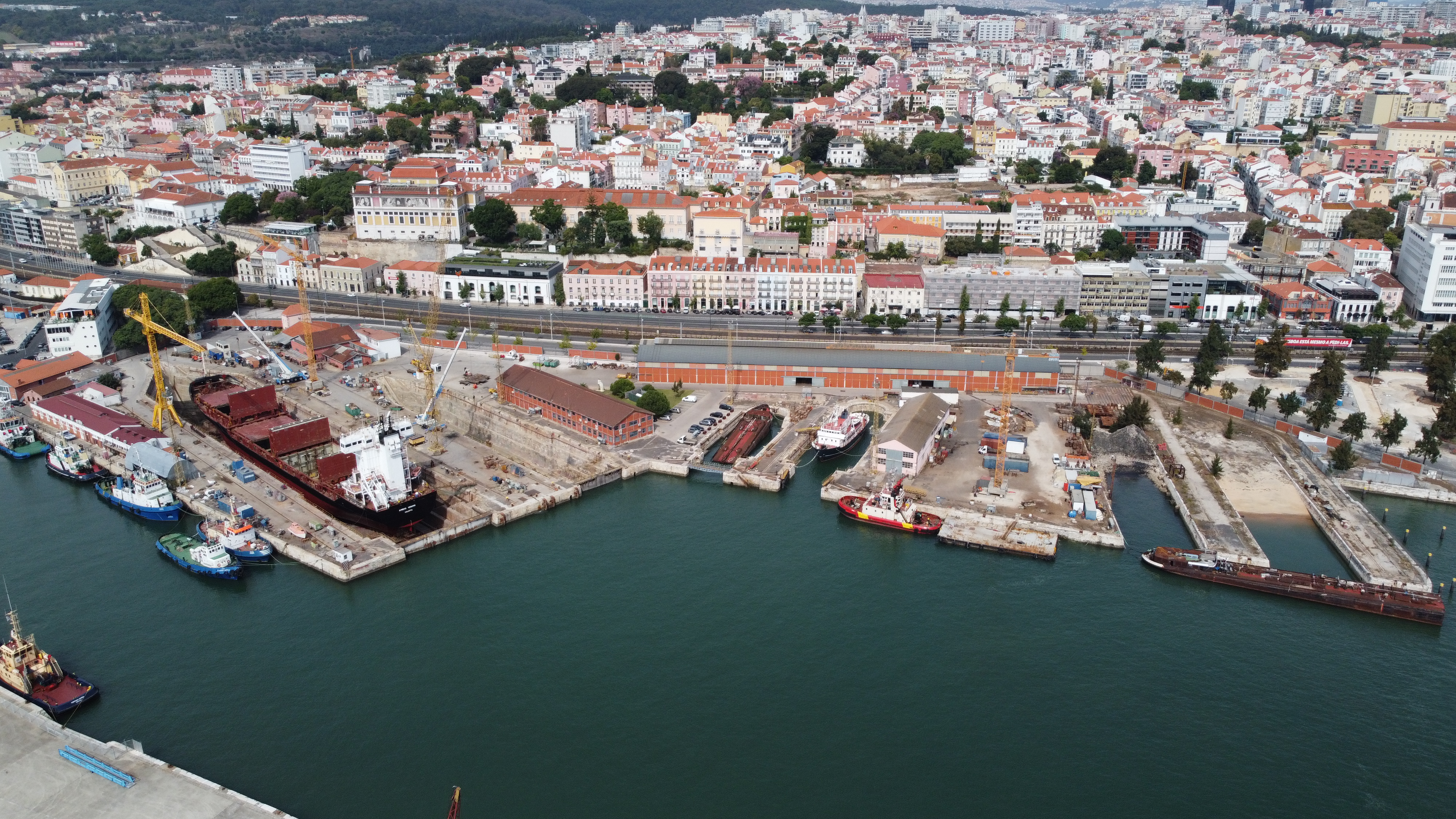 The ship repair sector is historical in the Port of Lisbon and remains well alive and in continuous demand.

The dynamism of the sector is due to the credibility, versatility and know-how of the shipyards based at the port.

From Navalrocha in Lisbon with its dry docks as a differentiating factor, to the technical capacity of Arsenal do Alfeite, the innovation in new constructions by Navaltagus, or the specialization of Batistas shipyards in dismantling and Cecílio&Carlos Sanfins in repair, the Port of Lisbon is an important hub of national naval industry and an international reference in the sector.

In terms of operation, ship repair activity throughout the port is subject to specific port regulations.

Repair work taking place outside shipyards, including those carried out by the crew itself, requires a prior request for authorization to be made via JUP (PSW-Port Single Window), or by email by means of an appropriate form for vessels not included in this platform. See Tariffs and Regulations - Services to vessels - Ship repair for standards and forms. 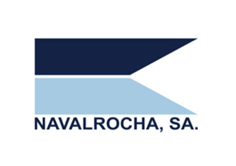 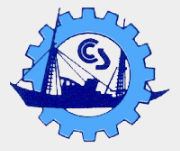 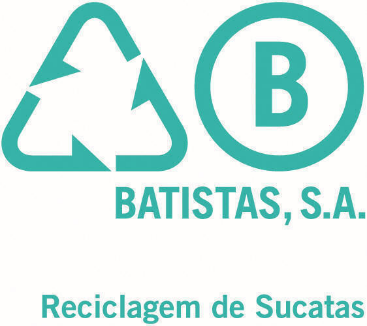 The Port of Lisbon has implemented a ship waste management system, which aims to reduce waste dumping at sea, encouraging its delivery to the port, thus complying with Decree-Law No. 165/2003 of 24 July.

The Plan for the Reception and Management of Ship-generated Waste and Cargo Residues, known as PRGR2017-2019, is the supporting document for the management of ship waste and cargo waste at the Port of Lisbon, establishing for this purpose:

PRGR2017-2019 covers ships operating and calling at port, including recreational, fishing and warships, and applies to all types of waste produced on board and to cargo residues.

The collection of ship waste at the Port of Lisbon is guaranteed by operators contracted or licensed by APL, depending on the type of waste to be collected, 24 hours a day, 365 days a year.

The collection of solid waste assimilated to urban waste is carried out by BLUEOTTER, under a concession for a period of 8 years, in force since 1st July 2013.

Other sites of interest for waste: